The Heart of the World 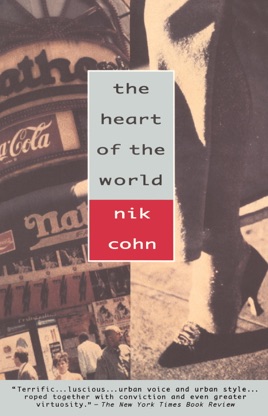 "The history of Broadway has been written before, but never better....The verbal energy that pours off these pages is enough to transform the hell of...Times Square into a rough-hewn heaven, neon lit and open all night....The only thing wrong with this book is it isn't longer." —NEWSWEEK

Nik Cohn ushers readers along the street he calls "The Heart of the World." producing a book that is a resplendent pageant of New York's high-and low-life. Among the characters we meet are a golden-tongued cab driver who calls himself a "collector of farces"; a pickpocket with the terrifying gift of impersonating his marks; a heartbreakingly beautiful Dominican tranvestite named Lush Life; strippers; pseudo-prophets; and a disgraced political veteran of the days when the graft was still honest. Conducted by a writer with the manic energy of a sideshow barker and the full-blooded lyricism of a raucous poet, this is a bebop odyssey along the Great White Way that reaches in implication far beyond the streets of New York to document the ever-evolving mixtures that make up America itself.

Nik Cohn
The Heart of the World

Nik Cohn
I Am Still the Greatest Says Johnny Angelo